Where To Get Fentanyl Test Strips And How To Use Them

I never thought I’d need a reason to use Fentanyl test strips. Like many, when I first started taking opioids, I had a legitimate reason. I fell off my bike, broke my arm, and needed surgery. While I’d heard about the risks of taking opioids, I knew I’d be able to manage the prescription.

I was in my late 20’s, really active, and had no substance use problem. Heck, I could take or leave a beer, and the hardest drug I’d ever tried was weed in high school. But that all changed after I fell off my bike.

If I could go back to that moment, I’d tell myself what I know now: You may think addiction isn’t possible, but these drugs are powerful and can ruin your life.

The Crash That Changed Everything 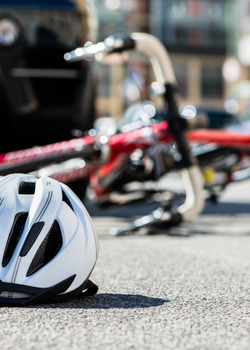 Just like any other Saturday, I’d been hanging out with my friends. We’d meet at the park, shoot some hoops, or go to the skate park. We then usually headed over to our favorite burger joint for lunch. A few hours later, I rode home on my usual route, but I was distracted by my phone which kept buzzing.

Instead of ignoring my phone until I got home, I took it out of my pocket to make sure it wasn’t anything important. In that brief moment, while glancing at my phone, everything changed. I was hit by a driver that I veered into because I was distracted. The impact threw me off my bike. I flipped over the hood of the car and onto the side of the road. I fell at a funny angle and landed on my arm.

After the initial adrenaline rush, I felt a searing pain in my arm. I looked down and it was pretty obvious that I’d fractured my arm — I’ll spare you the gory details. Before I knew it, first responders had arrived. They checked me over telling me I needed to go to the ER.

While I was in pain, I was grateful that I was still alive. I’d broken small bones as a kid, so I felt optimistic about my prognosis. What I didn’t expect was the extent of my fractured arm. It was broken in multiple places: the radius, ulna, and humerus — all three bones in my right arm. The doctor took one look at me and recommended I be admitted to the hospital for surgery as soon as possible.

I had surgery later that night. The surgeon placed multiple fixation devices in my arm to hold it together. I didn’t feel pain when waking up from surgery, but two hours later, I was in agony. The next thing I remember is a nurse giving me something before I drifted to sleep. Every few hours, after that, I needed more medication to induce the same effect.

When I was discharged from the hospital a day later, they gave me a prescription for Vicodin — a highly addictive narcotic containing hydrocodone. I didn’t expect to need it for much longer, but before I knew it, I’d emptied the bottle.

When I had a follow-up appointment with the surgeon, I told him I was still experiencing pain and asked for more medication. He gave me a 30-day supply.

Fifteen days later, when I tried to get more, the doctor refused to give me a prescription and told me that I shouldn’t need it. Taking his advice, I tried Tylenol and ibuprofen, but they didn’t work. Before long, I was sweating, feeling nauseous, had a stomach ache, and couldn’t sleep. When I looked up my symptoms online, I saw that I was in opioid withdrawal. I was in agony.

Instead of riding it out, I called a friend who I knew would be able to help me. When he came over, he explained that he didn’t have pain pills. Instead, he had heroin and showed me how to use it. I didn’t hesitate in trying it. Instantly my pain went away. I felt that relief and drifting feeling I had experienced in the hospital.

We all know what happens next: I became addicted to heroin. Even though the signs of addiction slowly became clear, I still didn’t see it coming.

I continued to buy heroin from my friend. One day, unexpectedly, my friend’s supplier changed the drug’s potency. I didn’t know nor did my friend. Just like millions of other Americans, we were both duped into believing we were buying heroin. We had actually bought heroin mixed with fentanyl.

Fentanyl is 50 times stronger than heroin and 100 times stronger than morphine. It is singularly responsible for killing 150 Americans every day. Just 2 milligrams of fentanyl can kill you, and yet drug cartels are increasingly using it to make drugs more potent and, ultimately, make more money.

What makes fentanyl so dangerous is that unsuspecting drug users, like me, take their usual dose of heroin not realizing that they were taking a fatal dose of fentanyl. Fortunately for me, my friend stuck around while I was using, and he was carrying the life-saving medication Narcan.

Once he realized what was happening, he quickly administered Narcan to reverse the effects of the overdose. I can’t imagine that I would be here to tell you this story if my friend hadn’t been there.

The overdose and my second chance at life were the wake-up calls I needed. I knew I needed to stop and get into recovery. After spending 90 days in rehab, I’ve since dedicated my life to harm reduction by educating people about overdose prevention, promoting the use of naloxone (Narcan), and how to test your drugs for fentanyl.

Where to Find Fentanyl Test Strips and How to Use Them

Due to the increase in funding and the advocacy of harm reduction organizations, people who use drugs now can test their drugs for fentanyl and make informed choices about drug use.

In my work, I often meet with people who use drugs other than heroin who think they don’t need FTS. They couldn’t be more wrong.

Fentanyl is making it into the whole drug supply, including methamphetamines, cocaine, benzodiazepines, and illicitly manufactured opioids. I say to them, just as I’m explaining to you, that everyone who takes any illicit substance should use fentanyl test strips.

A quick “How to” for using fentanyl test strips:

Please note that FTS are incredibly sensitive to fentanyl. The strips can even detect the drug in a bag with drug residue. 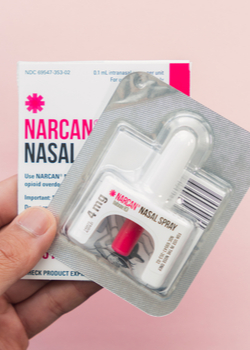 In addition to fentanyl test strips, there are various other ways you can use drugs safely and reduce the risk of overdose. The Harm Reduction Coalition outlines the following strategies:

If you or someone you love is experiencing a substance use disorder, help is available. Call 800-662-4357 today to speak with a treatment specialist.