Percocet is a controlled substance. It is a combination of the drugs oxycodone and acetaminophen and is used as a pain reliever. The Drug Enforcement Agency (DEA) has regulated it as a schedule 2 narcotic because it has a high potential for abuse. Continuous use of Percocet can result in a physical dependence, addiction, in as little as a week. 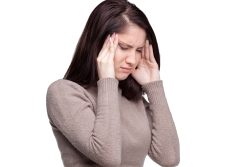 Most using Percocet as a pain reliever were prescribed this medication by a Doctor for a short period of time. In order to receive a new prescription the patient must return to see their Doctor because Percocet refills are not allowed according to the Drug Enforcement Agency. Despite all attempts made by the DEA and medical professionals many patients using Percocet develop a tolerance, requiring more of the drug to reach the desired effects. In just a short period of time the patient becomes physically dependent on Percocet, addicted and experiencing severe drug cravings and painful withdrawal symptoms. Once addicted to Percocet the once patient, now addict, will seek out the drug any way possible; Seeing several Doctors and complaining of vague symptoms to receive a new Percocet prescription, going threw friends and family medicine cabinets to find the drug and purchasing Percocet off the streets.

Others purchase Percocet off the streets or obtain the drug from a friend or family member with purposes of getting high. There is no medical reason behind their use of narcotic pain relievers. They are taking Percocet for the feelings of euphoria and well being that it produces. These effects are similar to that of Heroin, yet the user avoids the stigma attached to illicit drug use and is under the misconception that prescription drugs are safer than street drugs. In just a short period of time, recreational use of Percocet results in the body developing a tolerance and requiring larger doses to reach the desired effects. At this point the body begins to develop a physical dependency on Percocet and the addict experiences painful withdrawal symptoms and drug cravings.

These symptoms often start immediately after the addict stops use of Percocet and can last weeks into months.

Recovering from any type of drug addiction can be extremely difficult, especially when it is a narcotic drug that is used to treat severe pain. When entering into a treatment facility you will receive a prescription medication such as Methadone, an opioid, that will be used to not only help manage withdrawal symptoms and drug cravings but to relieve and pain or discomfort the addict may have. The detoxification process is used to cleanse the body of any chemicals and toxins in an safe, relaxed environment, under the supervision of medical professionals. A Doctor will keep a watchful eye to insure there are no severe complications with withdrawal and they the addict is weened off Percocet properly. Group and Individual Counseling will help the addict learn ways to deal with life and pain with out Percocet covering them up. With the help of an Percocet Addiction Treatment Facility, sobriety is only a step away.