In the early 20th century Marijuana became illegal in most parts of the world, yet today Marijuana is still the most commonly abused drug in the world. Approximately 4% of the worlds population, 162 million people use marijuana annually and 22.5 million people use it on a daily basis according to the UN in 2004. Its psychoactive effects draw in users of all ages. According to a 2008 survey, 25.8 million Americans age 12 and older had abused marijuana at least once in the year prior. Marijuana has long been known as “The Gateway Drug”, it is believed to lead its users to harder drugs such as cocaine, heroine and LSD. For some this is true, for others they are not tempted to experiment with other drugs.

Marijuana is a dry, shredded green and brown mix of flowers, stems, seeds, and leaves derived from the hemp plant Cannabis Sativa. Marijuana can be smoked as a cigarette called a joint, in a pipe or in blunts, which are cigars that have been emptied of tobacco and refilled with marijuana. It can also be mixed in food or brewed as a tea. The main psychoactive chemical is tetrahydrocannabinal also referred to as THC. Although there are over 400 chemicals in marijuana, at least 66 of which are cannabinoids and THCV which to produce other psychoactive effects. The THC content determines the effects marijuana has on its user. THC acts upon specific sites in the brain, called cannabis receptors. These receptors are found in parts of the brain that influence pleasure, memory, thoughts, concentration, sensory and time perception, and coordinated movement. Marijuana intoxication can cause distorted perceptions, impaired coordination, difficulty in thinking and problem solving, and problems with learning and memory. 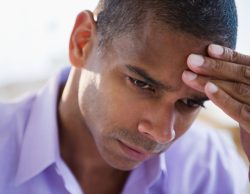 Those who use Marijuana regularly, they begin to develop a tolerance, requiring more of the drug to reach the desired effects. In time their bodies may develop a physical tolerance to the drug. When they stop using the drug abruptly they experience a number of withdrawal symptoms that cause severe discomfort such as irritability, stomach pain, aggression, and anxiety.

Marijuana is known to increase the heartbeat and pulse rate, causes bloodshot eyes, dry mouth and throat. Depending on the amount of THC in marijuana it can increase the heart rate as much as 50 percent, causing chest pain in people who have a poor blood supply to the heart. Marijuana can also be harmful to the lungs of the user, inhaling the unfiltered smoke deeply and hold it in their lungs as long as possible, the smoke is in contact with lung tissues for long periods of time causing irritation to the lungs and causing irreversible damage. Respiratory disease is very common due to the inhalation of organic materials. Not only affecting ones physical health, Marijuana affects the users mental health and has been correlated with the development of anxiety, depression and psychosis.

Long term marijuana use can leave the user feeling down, unmotivated. They may experience troubles with work and school, financial strain due to supporting their habit, friends and family may become distant because marijuana becomes “more important”. Marijuana takes over every aspect of an addicts life, they easily loose control. One way to take back that control is by contacting a Marijuana Addiction Treatment Facility.

Marijuana alters the brain to a point where it is unable to function without the drug. Psychological and physical addiction to the drug can be overwhelming and with out the assistance of a Marijuana Addiction Treatment Center it can seem nearly impossible to quit.

When entering into an addiction treatment program you will go through the detoxification process to cleanse your body of any chemicals and toxins related to drug use. Under the supervision of a Doctor you will be given a non-addictive prescription medication to lessen the symptoms of withdrawal and drug cravings. Therapy in both group and individual setting will give you a better perspective on your life and help you to regain control. Do not allow addiction to control you any longer, fight back with the help from a Marijuana Addiction Treatment Facility.