Heroin is believed to be one of the hardest drugs to quit world wide, often resulting in a relapse. Some become addicted to heroin after their first use, most become addicted within a week or two of regular use of the drug. Those addicted to heroin can not successfully stop its use without the help of a treatment facility due to the severe drug cravings and withdrawal symptoms they experience immediately when stopping its use.

Heroin is a highly addictive drug derived from the opium poppy plant. Heroin is an opioid in the group of analgesics, a pain reliever. It is typically injected into the vain or muscle in its liquid form but in powder form it can be smoked or snorted. Heroin works be activating areas of the brain that produce pleasurable sensations called the reward area of the brain as well as the area of the brain that develops a dependency. Heroin mimics the effects of chemicals such as endorphins in the brain that block pain and induce feelings of pleasure and contentment. 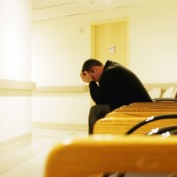 The effects of Heroin occur differently depending on the way the drug is ingested, when injected the effects are immediate and when snorted or smoked the drugs effects take a short while to kick in, also depending on the amount of the drug taken. When heroin enters the brain it is converted into morphine that then binds to opioid receptors. This brings a surge of pleasurable sensation known as a ‘rush’. The user will experience a feeling of calmness and warmth that spreads through the body making physical pain or metal troubles go away. The user can slip into a dreamlike state when heroin is taken in high doses. After the initial ‘fix’ the user will feel happy and content with themselves and their surroundings but as the drug begins to wear off they see life the way it truly is if not worse, bringing them back for another dose of false reality.

When addiction sets in

Many find themselves addicted to the effects of heroin after just one dose, but for most they become addicted after a week or so of regular use. Their bodies develop a tolerance to the drug, requiring larger doses to reach the desired effects. A physical dependence on heroin sets in along with the addiction. They experience drug cravings and withdrawal symptoms when not high on heroin. Their lives begin to revolve around getting the next “hit”, trying to find a way to buy more drugs and planning out when they will take the next hit. Eventually they ignore responsibilities in their home, work and person relationships…hitting rock bottom.

There is help waiting…

Heroin Addiction Treatment Facilities are waiting for your call. You will receive full 24-7 support from the Doctors and staff during your recovery process. Going through the detoxification process you will be relieved by the understanding of the staff and the reassurance that the discomfort you are experiencing will soon pass. You will also receive a medication such as Methadone to lessen the symptoms of withdrawal and to reduce the drug cravings. This medication is something that can be prescribed long term depending on the severity of your heroin addiction. All of this in combination with counseling you will learn to be a productive member of society again and give you the tools you need to remain sober.

To begin the recovery process you need to take the first step and admit there is a problem by contacting an Heroin Addiction Treatment Facility. Help is waiting. The Doctors and staff understand what you are going through and want to help you make the choice that will forever change your life for the better.

Calls to any general helpline (non-facility specific 1-8XX numbers) for your visit will be answered by Boca Recovery Center, Daylight Recovery Center or another licensed drug and alcohol rehab facility, a paid advertiser on Rehabs.org.