Alcohol is the most commonly abused substance throughout the world, especially in the United States. Over half of the population in the U.S. use alcohol on a regular basis. Most are in control of their alcohol intake but others slowly fall out of control and into addiction. There is a difference between being in control of alcohol, alcohol abuse and alcoholism.

Those in control of alcohol are able to enjoy themselves in moderation of what they are drinking. They do not allow their alcohol use to result in inappropriate behaviors. Those in control of their drinking know their limit and have no problem stopping when they have reached it. 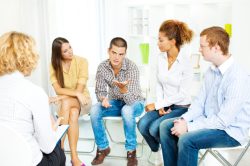 Those who abuse alcohol are still in control of when they are doing but choose to use alcohol on a regular basis or occasionally. Binge drinking is a form of alcohol abuse and is when someone has four or more drinks in one night. Binge drinking can have dangerous effects on ones health with a serious risk of alcohol poisoning.

Those who abuse alcohol often make foolish choices while intoxicated such as physical altercations with others and driving under the influence; both can result in harm to themselves or to others as well as legal troubles.

Most who abuse alcohol are able to stop using on their own but sometimes the cravings for the lifestyle and affects of alcohol can be too much and the assistance of a rehab center is necessary.

Those addicted to alcohol are called alcoholics. They suffer from a disease called alcoholism which is the compulsive, uncontrollable use of alcohol regardless to the knowledge of the negative consequences it has on ones life and the lives of those around them. Alcoholics are chronic drinkers with no self control, their mind is consumed by urges to continually drink more alcohol.

They often suffer from dangerous health conditions as a result of their drinking, they my experience strain on their personal relationships, legal troubles due to poor decision making, as well as loss of employment or academic failures.

An alcohol is both physically and psychologically addicted to alcohol. Their body is tolerant to the amount of alcohol they once experienced the desirable effects with and now requires more and more which can be dangerous to ones health if not fatal. When an alcoholic tries to stop drinking they will experience withdrawal symptoms that can be painful and often return to the use of alcohol for comfort.

Alcoholics typically ignore the concerns of friends and family and continue to drink until they have hit rock bottom, even then some do not seek help but for most they finally see it is time. It is possible to stop drinking alcohol on ones own, ‘cold turkey’ but it is typically not successful and also dangerous. Those with an addiction to alcohol are typically urged to seek help from a rehab center to safely and successfully quit drinking once and for all.

Have you reached a point in your life where you are saying enough is enough! and you once and for all need to stop abusing alcohol? Well there are rehab centers throughout the United States that can help you achieve your goal of sobriety.

Those who abuse alcohol regularly, but do not show signs of addiction, can enter into an outpatient program where they will receive counseling and support to help them with their goal of sobriety. Not every two people are the same, some require an inpatient program to successfully quit. There will bo no temptations and a safe and secure environment with 24-7 support staff.

Those suffering from alcoholism often require an intense inpatient program to help them through the recovery process. Their bodies will be cleansed of all chemicals and toxins during the detoxification process. The symptoms of withdrawal can be painful and cravings can become extremely distracting so a prescription medication will be prescribed to help control these feelings. The addict will receive 24-7 support from both the Doctors and Staff at the rehab center. They will help the addict through the physical and psychological healing process. Group and individual counseling sessions will help the alcoholic understand their addiction as well as teach them key tools needed to continue their sobriety in the ‘real world’.

If you are ready to live a sober and more fulfilling life then contact a local rehab center today and get help.